How micro will google maps go? 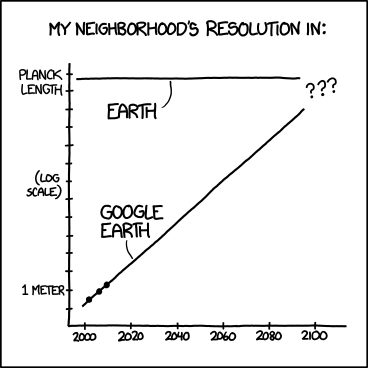 Another timely XKCD comic, just yesterday I was talking with a bunch of my coworkers about how much of a change there could be to Google Maps if they start pulling in Glass images. For a large corporation with a couple dozen people walking around you could probably map out the entire campus outdoors and even inside structures within a week. At that point you are looking at Google Maps not only telling you how to drive to the next meeting, but where you can park, how to get in the building and where the conference room is. You can go through all that on your phone the day before the meeting to familiarize yourself. Maybe similar to the avoid toll roads function you’ll also be able to customize your path to avoid passing through the department of people waiting on your report that has not yet been delivered.